A belated thank you to everyone who made our evening with Tendi Sherpa – pictured above with me – in February such a wonderful success.  The evening was filmed so we look forward to sharing the highlights with you once the edit is completed.

Tendi and his team led our group of 6 women on a 9-day trek in his Nepalese homeland back in November. It was a life changing experience for me and one that will stay with for the rest of my days. It was amazing to have him in London and be able to hear his stories once again.

It’s difficult to describe the strong, determined, humble soul that is Tendi Sherpa.  Our audience was on the edge of their seats as Tendi explained his journey from a remote mountainside village in the Khembalung valley, Nepal, to the Top of the World, Mount Everest.  One of his dreams as a child and young man was to meet and be with Westerners…that made me feel incredibly humble; had ‘we’ met his expectations?  I didn’t dare ask.

Tendi explained his 2 day walk to school as a 5-year-old and the family he boarded with who made him work for his keep; the daily punishment he got each day at school for being late because of his work (standing up and sitting down 100 times whilst pinching his own ear lobes) and his eventual ‘escape’ two years later resulting in a two day walk home in the monsoon season when he nearly lost his life trying to jump across the swollen river close to his home.

He described his barefoot arrival in Kathmandu after walking for ten days aged 13 and his shock that he could not see peoples toes because they were wearing shoes!  And how he blagged his way onto his first trek resulting in him carrying a 43kg load whilst only wearing flip flops to protect his feet.

Tendi’s first climb on Everest was as a member of a team deployed to clean the mountain of rubbish (I think he said tonnes!) and his subsequent first successful ascent with a client when he was aged 20, learning as he climbed by watching and copying others around him.  He explained the descent where he selflessly gave his oxygen tank to his client as their own supply had run out and was physically struggling.  At the time of writing, he has successfully ascended Everest 12 times including twice in one week.  The pain and anguish on his face was evident as he told us how he pulled many of his Sherpa friends out of the devastating avalanches on Everest in 2015 and 2016.

Giving back and the future

It was during his time in the mountains that Tendi realised he could use his success to give the young people in his remote home villages different life opportunities.  Tendi is passionate about the benefits of education and vocational training, along with the building of bridges to better connect communities.  It is for this reason that he has set up the Tendi Sherpa Foundation (TSF), full details of the great works Tendi and the TSF have carried out already can be found here. If I have piqued your interest in trekking with this incredible man and his team you can also find details of some of his upcoming treks; I can highly recommend the experience!

I am also excited to let you know that Tendi is currently working on a potential project with IMAX to take Sir Edmund Hillary’s grandsons to the summit of Everest and, in his seemingly spare time, he is also writing a book!

Finally, I want to leave you with a quote from Tendi when urged by Sara, my co-trekker and our interviewer for the evening, to share how he copes under pressure, often in life and death situations.  His response is still resonating in my ears “Breathe and the answer will come”.  How perfect. 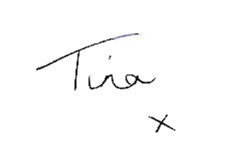 Adapted from an article written by RUTH STURKEY who was part of my trekking team.