The End of Inheritance? - Serenity Financial 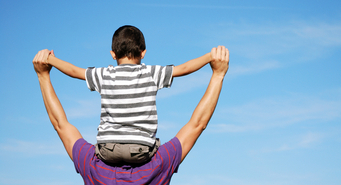 Instead, HSBC’s report, The Future of Retirement – ‘Choices for Later Life’ reveals a ‘living inheritance’ where half of retirees (50%) are providing regular financial support to their family and friends. In particular, it found that wealth is being passed down the generations, with 19% of retirees regularly giving to grown-up children, and almost one in ten (9%) doing the same for their grandchildren. The future looks bleak for traditional inheritance, as a quarter (26%) of working-age people say that it’s better to spend all your money and create your own wealth, while just 5% say that it’s better to save as much money as possible to pass onto the next generation.

“This report shows that withdrawals from the bank of mum and dad may actually be affecting the standard of living of many retirees. New pension freedoms have made savings more accessible, but people should carefully consider the right balance between helping their family and making sure they have sufficient income through retirement.”

“It also shows working-age people shouldn’t pin their hopes on funding retirement with an inheritance. It’s more important than ever that people of all ages make plans about how they’ll fund their retirement, so they can live the lifestyle they want to. Many will benefit from seeking financial planning advice when making these decisions.”

In the HSBC Report, the ‘living inheritance’ is identified as a cause for concern for around one in five (22%) retirees who are worried about not being able to support family or friends financially, or of being reliant on family or friends for financial support (18%). Furthermore, the research found that 53% of retirees have been unable to realise at least one of their hopes and dreams since retiring, a potential consequence of ‘giving while living’.

Worryingly though, according to the report, it seems that working-age people may still have unrealistic expectations when it comes to receiving an inheritance. More than half (54%) of those who expect to receive an inheritance in the future say it will help fund their retirement, whilst 15% say it will completely or largely fund it.

“Even the smallest amount saved today can contribute towards the lifestyle you want in retirement and the legacy you hope to leave. Those who fail to plan may find that any kind of inheritance is not only unlikely but also that a comfortable retirement is beyond reach.”